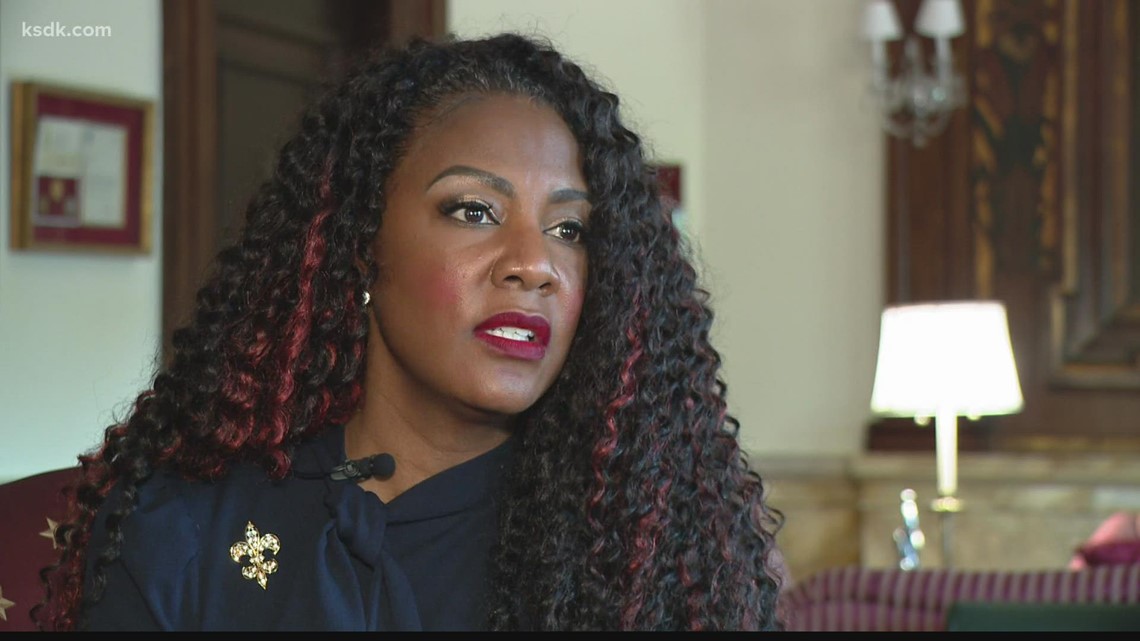 ST. LOUIS — Two days before Mayor Tishaura Jones was due to attend a conference in Washington, DC, she was questioned at city hall about her proposal to raise taxpayer funds for her travel expenses.

“It’s the membership fee for the United States Conference of Mayors as well as the Association of African American Mayors,” Jones replied.

Membership in a city the size of St. Louis costs the United States Conference of Mayors $12,242 and the Association of African American Mayors $15,000, according to their respective websites.

Board of Aldermen Chairman Lewis Reed (D-St Louis) called it a “significant amount of taxpayers’ money” during a budget hearing at the Estimates and Allocations Board on Tuesday night.

“We can dig deeper into that later when we take it to the council of aldermen,” Reed said, suggesting the mayor could face an uphill battle to get his spending plan through the town hall.

Reed also pressed the mayor to explain why she chose to supplement her salary with an additional $30,000 in a “provident fund.”

“I have the option of accepting it as pay and I did,” Jones replied.

When Reed pressed her a second time, Jones retorted, “Well, it’s expensive to be mayor and to go to all these conferences, and that’s basically what this fund was used for in the past.”

In a Thursday afternoon interview with 5 On Your Side, the mayor’s spokesperson defended the benefit.

“Mayor Slay, Mayor Krewson and now Mayor Jones all used the exact same process,” spokesman Nick Desideri said. “It’s not new. This $30,000 requirement is in city code. So I don’t understand why the chairman of the board is so frustrated. In his 12 years on the board, at least to my knowledge, he never had a problem with that under previous administrations.

“The mayor would also receive a salary increase of more than 20% by accepting the mayor’s $30,000 ‘provident fund’ in addition to his $132,000 salary,” the ESOP statement read. “Whether or not this is in line with former mayors, and while a portion of these funds will cover annual expenses, this increase is grossly disconnected from the increases allocated to our first responders and other city employees.

“It’s taxpayers’ money,” Desideri acknowledged. “We always welcome scrutiny and tough questions, and we’re always ready to respond and emphasize that our use of these funds is essential to the operation of city services.”

The mayor has proposed spending an additional $12 million to fund 3% pay raises for city employees on top of the scheduled 1.5% regular increases.

The college of aldermen is due to meet in person at City Hall on Friday morning.