While the two women have always loved fashion, neither expected them to create careers by repurposing it.

Von Meister, 27, is originally from New Jersey but attended St. George’s School in Middletown, Rhode Island. Her friends always called her “the fashion girl” growing up, she says.

After earning a fashion marketing degree from Savannah College of Art and Design in Georgia, she landed what were then dream jobs at fashion start-ups in New York and later Los Angeles.

Her job involved “constant marketing, sales efforts, and making things that people ultimately didn’t really need,” she said. “With our marketing, we almost made them feel worse than without this item in their life. And it was disgusting.

So, she left the fashion industry she had always wanted to be a part of and went in the completely opposite direction: she became a professional organizer to help people get rid of the excess they had accumulated.

But just as his own storage business started in early 2020, the pandemic has struck. So when von Meister was unable to enter other people’s homes, she returned to her home in New Jersey.

Back on the East Coast, she spent the summer of 2020 visiting Rhode Island. In September, she moved to Providence full time. Soon mutual friends introduced him to Sturm.

Sturm at 25 has already had great success in a cutting-edge industry: medical technology. Sturm is originally from the Chicago suburbs and had come to Rhode Island to study at Johnson and Wales University. There, she obtained a diploma in sports animation and event management and then her MBA. Over the past few years, she rose through the ranks at the New England Medical Innovation Center, eventually managing the company’s marketing.

But like many young adults, including von Meister, Sturm began to seek a life change when COVID struck.

However, unlike her new partner, Sturm said that if her high school mates saw her now, they would be shocked to see her helping others create their style. But even in high school, when she didn’t feel comfortable expressing what she was wearing, Sturm styled her friends for school dances.

Although her wardrobe is “eclectic and wild” now, she said she was someone who wore only black to avoid attention and judgment. As a plus-size woman, she said she also often struggled to find cute clothes to fit her size. It took years and realizing that she had a closet full of unique pieces she never wore to embrace her sense of style – one that coincidentally complemented that of von Meister.

“We’re so young, and it’s a pandemic. Everyone was so lonely and everyone was looking for some type of partner, ”Sturm said. “Who would have known it would be a business partner?” “

About a week after their training dinner, von Meister and Sturm saw the Westminster Street spot in a warehouse right next to Ogie’s Trailer Park restaurant. The next day, they signed the lease.

The space had amazing light and didn’t need a lot of work. They made small updates, including ordering a large mural from local artist Catherine Druken and moving in loads of clothes and furniture.

On August 14, a whirlwind three and a half months later, they were ready.

“For me it was really easy to take the leap,” said von Meister. “I made a lot of decisions throughout my journey that my parents tried to talk me out of, but deep down I always knew it was right.”

But Sturm feared quitting his job – his first real job after college. In fact, it was only a few weeks since the company has been operational, at the beginning of September, that Sturm finally left his full-time job.

Both agree that the leap of faith was the right decision.

They are now the proud owners of a showroom filled with colorful glassware, exceptional furniture from different decades, an assortment of funky clothing and footwear and, of course, lots of local art. Open Mondays 4-7pm for shopping, Sturm and von Meister don’t call The Nest a “store” because they see so much more than that.

As the name suggests, their mission is to “incubate” a sustainable local style. As they sold their inventory on their shopping days and via Instagram, they also hosted several sold-out events, including workshops, a comedy show and a clothing swap. The duo also manages the professional organization and the second-hand supply of the company from space.

Buying items for the showroom or finding a used part for one of their sourcing customers requires a lot of sifting through consignment stores and real estate sales all over Rhode Island and part of Massachusetts. , said von Meister and Sturm.

“I don’t like walking into a fluorescent department store,” said von Meister. “I love going to a crowded thrift store and finding the gems.”

Although at present their clothing options are predominantly female, they said they have had a lot of customers asking for men’s cuts and more masculine options. They hope they can adapt soon if they can hire someone else more qualified for this type of purchase, they said.

As of now, the business is just both. They have received help from friends and are collaborating with local artists, but are also hoping to expand their staff and have recently opened applications for interns.

Working in their “studio” almost every day, Sturm and von Meister said they spent late evenings. As recently as last week, they were at the Nest until 1 a.m. taking inventory and would like more help.

But hard work pays off. In less than a month since opening, the duo have already recouped all the money they put into creating The Nest. They see bigger plans on the horizon, including opening a storefront in Newport and expanding their e-commerce to a full online store.

More than the financial success they experienced, they both said the best part of starting the business was meeting each other.

Sturm said she often heard advice never to start a business with a friend.

“But I didn’t start a business with my friend,” she said, laughing and reaching out to von Meister, who was sitting across from her on a golden ’70s sectional that he was wearing. they had just moved into their showroom. “We were first business partners, and now we’re best friends.

Colleen Cronin can be reached at [email protected]

Next We wouldn't be too quick to buy PermRock Royalty Trust (NYSE: PRT) before it goes ex-dividend 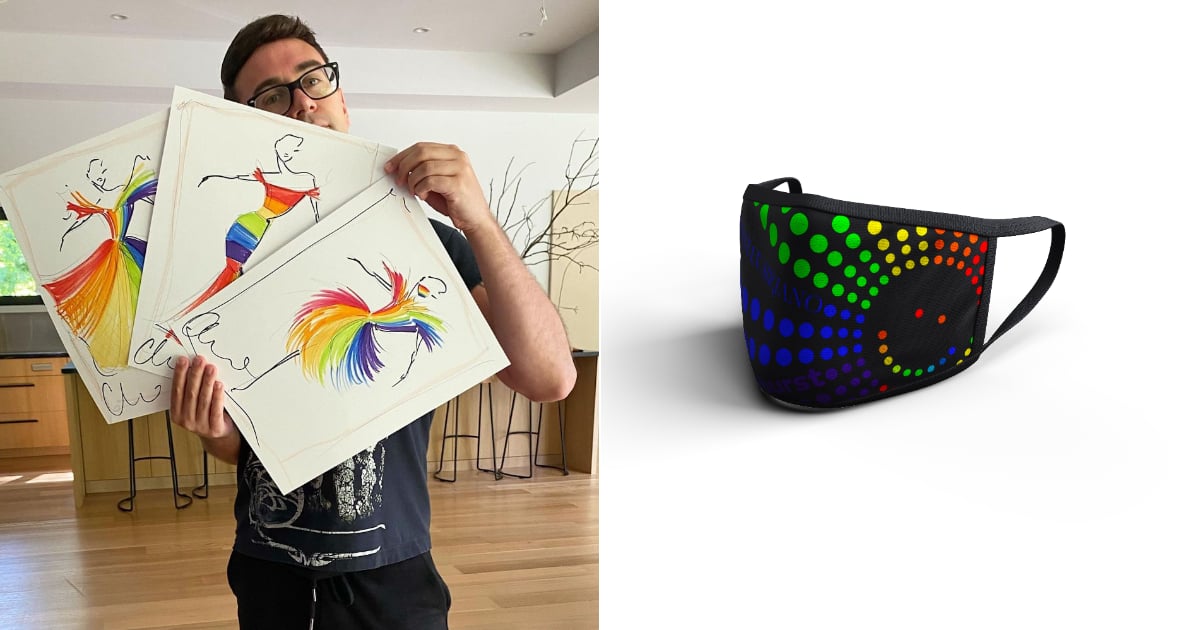