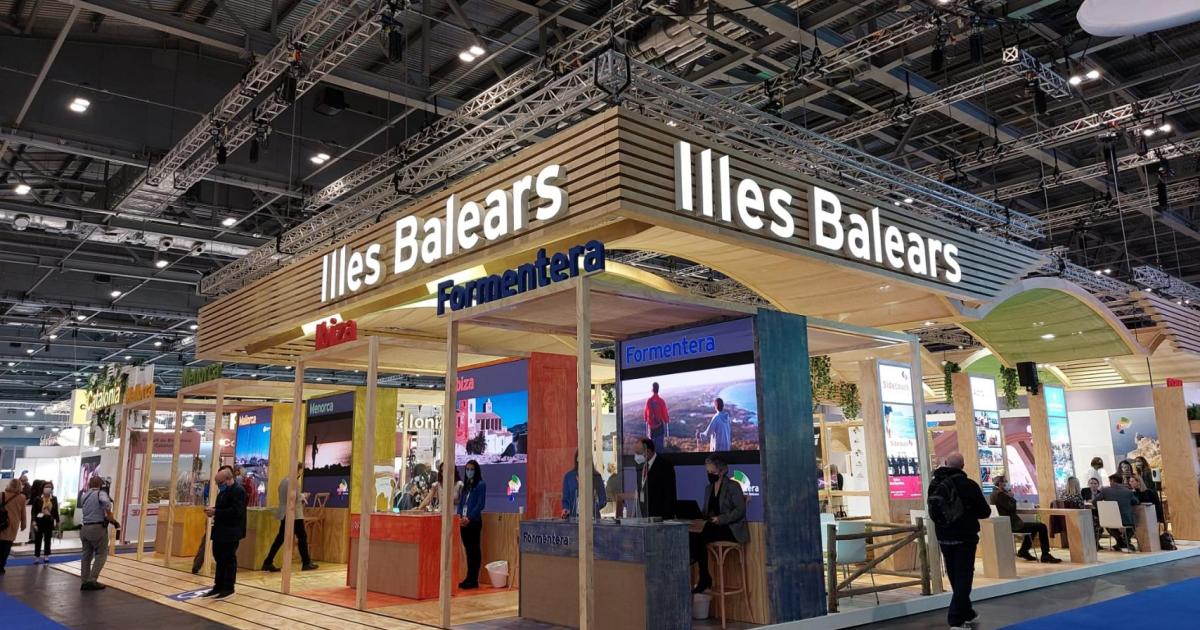 Llorenç Galmés, former mayor of Santanyi and now chief spokesperson of the Partido Popular in the Council of Mallorca, could well be the PP candidate for the presidency of the Council in May 2023 election. There are still several months to go, but Llorenç and his companions from the main opposition party are starting their campaign, which this week involved crucial votes from the UK tourism industry.

Let it be known, or rather repeat what we already knew, that the PP would be in favor of an abandonment of the tourist tax could well appeal to some British tour operators, but these tour operators – unfortunately for Llorenç – did not no vote. Nonetheless, a tourism fair in London was seen as an appropriate setting to raise a topic and a policy that Llorenç could hope to propel the PP to electoral victory. This will not be the case, as it bears no resemblance to the kind of electoral question that the old ecotax (2002) was, when public opinion in Mallorca and the Balearic Islands, where people have votes, is largely in favor of the tax. So why talk about it?

The week has been curious for the tourist tax. Not because of Llorenç, but because of something that Terraferida environmentalists invented on Twitter. The tourist tax, they suggested, is used to fund a music awards gala. These awards are the Los 40 awards, Los 40 being a music radio brand. The sixteenth awards are in Palma.

They will take place next week, November 12, in what was once known as the Palma Arena and is now the Velòdrom Illes Balears. Among the nominees in the international categories, I’m sure you’ll be interested in learning, are Justin Bieber, Coldplay, and Ed Sheeran. Terraferida did not express any opposition to these nominations or even to the awards per se, but they criticized “the height of indecency and hypocrisy” which results from “a genuine embezzlement of public money”.

I cannot verify or refute Terraferida’s assertion, which – even by the flexible standards adopted for the use of tourist tax revenues – seems improbable to me. But it is not that simple to determine how this income is used. The meager revenues of last year seemed to disappear from the general budget. Is this breeds with cash 2021?

If it was in 2019, we would now be informed that the commission of the sustainable tourism tax got together and made decisions on how to spend the year’s income. At the end of October 2019, the committee met. Among the representatives who voted against the project’s spending, largely proposed by the government, were environmentalists GOB and Friends of the Earth. Terraferida is not on the committee, but if they had been in 2019, they would have voted the same as the other two.

This commission, which includes representatives of companies, unions and the town hall as well as several government ministers and members of the island council, is a bit of a joke, because the decision-making is quite heavy in favor of the government. This is why the GOB, for example, indicated that it will not bother in the future. For them, and for Terraferida, the proceeds from the tourist tax should go to environmental projects and nothing else.

Terraferida’s tweet referred to the “ecotax”, a tax imposed on tourists “to compensate for mass tourism and its effects on the environment. island environment”. This is true up to a point, but only up to a point. First, and I emphasize the crucial point I raised previously, it is not and has never been an environmental tax. This is because, second, the environment is only one of the six key objectives of the tax.

But at the moment it is difficult to know for which purposes apply. The commission, unnecessary as it may be, has not, to my knowledge, met since October 2019. Moreover, if we go to the “transparency portal” of the Aetib agency for tourism strategy of the Balearic government, the most recent post for “What are we doing?” and the agency’s action plan outlines the objectives of the sustainable tourism tax (also known as the tourist tax) which include the preparation of the 2020 plan for the expenditure of revenues. This dated from February 7, 2020, a month before the state of alert.

The agency, which is responsible for managing the projects chargeable to the tourist tax, was also – as indicated in this post – the follow-up of the project development to be financed from revenues from 2016 to 2019. We know that some have been abandoned – the purchase of the finca adjoining the Pollentia site in Alcudia (for 1.2 million euros) – was one. The pandemic is the cause.

The revenues collected this year and last year are far from what was collected – 105 million euros in 2019. As to how they are spent, there is no information. Extraordinary circumstances and all that, and the the income would be seem to be part of the general pot. Whether the Los 40 awards were a beneficiary, I would have my doubts, although it is true that the advertising material includes logos for Aetib and ‘Illes Balears Sostenibles’.

The transparency portal has nothing to say on the subject, that’s for sure. The most recent update regarding projects – December 29, 2020 – highlights for 2017 and 2018 turnover, for example signage for cyclists in the Pla region in Mallorca and the acquisition of the rustic finca Sa Senieta in Formentera.

The illessostenibles.travel website – Illes Balears Sostenibles (Sustainable Balearic Islands) – is where one can find information on tourist tax projects and tax targets. It has an English section and the slogan “your islands, your vacations, your contribution”. The website draws attention to 165 projects and an investment of 261 million euros since the introduction of the tax, of which 111 million has been allocated to environmental projects. The last references date from 2019.

Spain’s Tourism Minister Reyes Maroto did not appear to make any statements regarding the total number of foreign tourists to Spain this year at the London fair. Which was just as good. It is clear that his forecast of around 50% of the number in 2019 – 40 million this year compared to 83.7 million in 2019 – was fanciful in the extreme. The latest figures from the Frontur survey on foreign tourist movements have confirmed this.
Reports indicated that September’s tourism had “jumped” – 4.7 million tourists in September and thus four times more than last September, but four million below the 2019 figure. Hyperbole aside, Maroto merely suggested that the 2019 figures could be recovered next year. The tally for the first nine months of 2021 was around 19.7 million. Forty million by the end of the year, that will not be the case.