A program encouraging entire families to adopt healthier lifestyles may reduce the risk of heart disease in families with a history of early coronary artery disease, a new study of 750 families in Kerala has found.

According to the study published in The Lancet in October 2021, and conducted from January 2015 to April 2017 in Kerala. For the study, health workers provided 368 families with regular check-ups every one to two months and encouraged them to change their diet, exercise more, and avoid tobacco and alcohol, while connecting them to a primary health center. These families were compared to 382 families who received “usual care” – one-off counseling and annual screening.

The researchers found that it was more effective to encourage the whole family to make lifestyle changes rather than usual care. Indeed, families work within biological and cultural relationships, and health-related behaviors, such as diet and exercise, are often difficult to change without the understanding and support of other family members. , according to the study. Family relationships also help improve the health and well-being of family members struggling with the management of other chronic diseases, he added.

Indians are more prone to heart disease – the rate of heart disease among Indians is double the national average for the Western world. It also typically occurs at least 10 to 12 years earlier in people of Indian descent than in people residing in high-income countries, according to the study. Heart disease also causes extreme financial distress, especially in low- and middle-income countries like India.

A family approach is also important because the excessive risk due to a family history of early heart disease is not only due to genetic factors, but “substantial evidence shows that it is due to a shared environment and similarity. behaviors and belief systems within families, ”according to the study. Reducing total cardiovascular risk after families adopt healthy behavior has the potential to have public health benefits and save years of productive life in India.

The family model has also proven effective in other South Asian countries. A similar model – with home visits by government-trained community health workers – reduced blood pressure in more hypertension patients than with usual care, another study found in Pakistan, Bangladesh and in Sri Lanka, published in February 2020.

Non-physician health workers, such as accredited social health activists (ASHAs) and trained nurses, made a median of 13 visits to each family over a two-year period, measured their blood pressure and blood sugar, and checked a regular health journal which families were asked to maintain. Health workers also encouraged families to increase locally available and seasonal fruits and vegetables in their diet to four to five servings per day, reduce salt intake to a quarter of a tablespoon per person per day, consuming less than two tablespoons of sugar per day and increasing the duration of regular daily exercise (mainly walking) to 30-60 minutes. Health care workers have called on families to refrain from tobacco and alcohol products.

Health workers were trained for 2.5 days to counsel families and use devices to measure blood pressure and blood sugar. They received Rs 250 for each visit to the family to cover travel and other expenses.

Families were asked to visit the hospital once at the end of the first year and then at the end of the procedure to monitor their health. The researchers looked at four main findings: blood pressure below 140/90 mm Hg (millimeters of mercury); fasting blood sugar less than 110 milligrams per deciliter (mg / dL); low density lipoprotein – the level of cholesterol in the blood – less than 100 mg / dL; and abstinence from smoking or tobacco use. One family (except for the individual who was previously diagnosed with heart disease) should have maintained or achieved three of them in all exams during the study.

“There are few studies in the literature that explore lifestyle changes in a family setting,” said Dorairaj Prabhakaran, cardiologist at the Public Health Foundation of India (PHFI) and one of the authors of the article. .

In addition, the odds of achieving at least three of the outcomes were twice as high in the group who received family care than those who received usual care, according to the study.

Cardiovascular risk was reduced in all who received family care, regardless of factors such as gender or age, showing that changes targeting family adoption of healthier choices are influencing all family members. the family similarly, according to the study.

The study does not include the “ripple effect” of the program, which is the impact on people who were not directly involved in the study but who might have been exposed to the intervention, such as children. children or relatives, according to the study. .

Indian health and wellness centers could help scale up program

Although the study showed that family programs aimed at reducing the risk of heart disease can be successful, the study was carried out in Kerala, in a highly literate population who visited a hospital. Additionally, as the research took place in a single health center, it included families from similar socio-economic backgrounds, Prabhakaran explained. “The study was carried out in Kerala, where health knowledge is high and innovations are welcome. Its application in states with low literacy needs to be explored, ”Prabhakaran said.

The program cost around Rs 3,500 ($ 47.4) per family. The program also requires training of healthcare workers to perform regular check-ups and advise families on diet change and exercise. It would also require a system to ensure that health workers in the field are properly trained and have regular contact with families, if it is extended. “Some quality controls are integrated [in the existing programme], but we can create a program where the evaluation is simultaneous, ”Prabhakaran said.

At the same time, “given that the Indian government is setting up health and wellness clinics with non-physician health care providers, who would constantly engage with the community, it is possible to apply this large-scale approach, ”Prabhakaran said. More than 75,000 of these centers have been operationalized and the government aims to double them by December 2022, according to an April 2021 press release from the Ministry of Health. Extending this study approach to health and wellness centers could also reduce the cost of monitoring per family per year, according to the study.

“The community health worker would be at the heart of his success,” said Prabhakaran, who added that health workers can be trained in large numbers across the country. “More research is needed on how to implement this approach on a larger scale, how to make it sustainable and how to integrate it into the Indian health system,” Prabhakaran said. 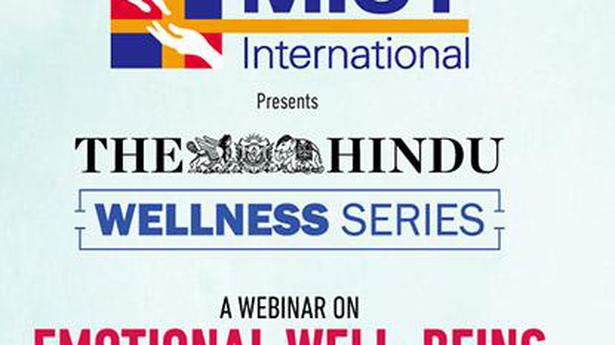