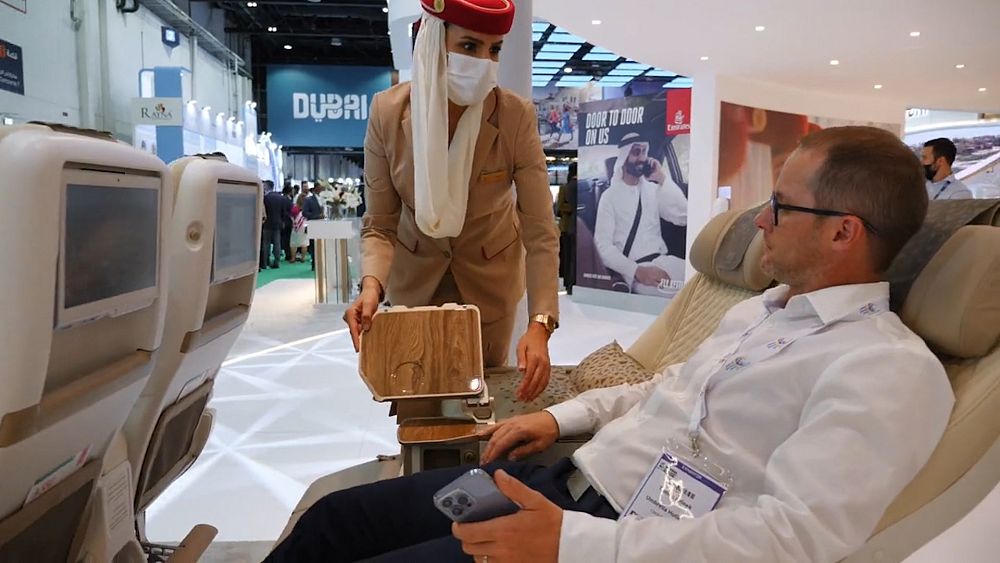 Arab Travel Market (ATM) 2022 opened its doors for the 29th edition in Dubai. The largest travel and tourism trade show in the Middle East brought together global industry decision-makers looking for new growth horizons for the industry.

This year, the event attracted 1,500 exhibitors, representatives from 158 destinations and 20,000 attendees. The focus was on future global tourism investments and financing strategies.

ATM 2022 was 85% bigger than last year, with the focus shifting from a post-pandemic recovery to future opportunities.

Danielle Curtis is the Exhibition Manager for the Arabian Travel Market.

“We’ve basically worked hard to build momentum over the past 12 months and focus on the future trajectory, the future growth.”

The event is also a showcase for countries hoping to attract new tourist markets, with annual attendees from European nations from Greece. and Germany to countries like Jamaica, which were participating for the first time.

The director of the Spanish Tourist Board, Daniel Rosado Bayon, said it was a great opportunity to promote national tourism in a global market.

“We have amazing experiences that can be done all year round and not just in the summer, but all year round and all over the country. We have lots of different things we can do, from beaches to ski resorts. And we can say that Spain is a world in a country.

The International Air Transport Association, IATA, expects the total number of travelers to reach 4 billion in 2024, surpassing pre-pandemic levels, which has boosted exhibitors.

ATM Exhibition Director Danielle Curtis said this was exemplified by new products at the show, airports, airlines and hotel offerings.

Their CEO, Hans Christian Meyer, is a fashion industry expert who spent over ten years at Ralph Lauren and was CEO of Tiger of Sweden before joining J.Lindeberg.

He said footfall and visitor numbers made Dubai the top choice for their global flagship store.

“We believe the time is right to continue investing in the brand. The Dubai Mall, before the pandemic, had 90 million visitors, and we see that it is bouncing back, that 98% of those tourists come to the Dubai Mall.

“We are selling a dream. We sell, you know, emotions when people interact with the J.Lindeberg brand. And that’s it, design, quality and durability. This is how we present ourselves in our marketing campaigns, how we communicate the brand. And again, from the customer’s perspective, how do we interact with customers? »

Elsewhere, Silicon Valley entrepreneurs believe they have found the future of aviation. Start-ups specializing in electric-powered aircraft hope to solve the problem of urban traffic congestion in cities around the world.

As city traffic increases, entrepreneurs envision a future in which commuters use air taxis to bypass busy roads. Companies such as Archer, Joby and Whisk work on electric-powered planes that take off and land vertically, like helicopters, then propel themselves forward like airplanes.

Xwing CEO Marc Piette said they like to think they are building the future of aviation.

“We are in the process of converting aircraft into unmanned aircraft so that they can be flown and flown and integrated into the airspace seamlessly.”

Potential problems with electric and unmanned aircraft include establishing infrastructure in cities and creating a mindset shift among passengers, especially in terms of safety.

Ryan Olson is an Xwing pilot but he doesn’t fly the plane, instead he watches the robot in flight as a backup.

“Unlike a human who does something different every time. I know after watching it so many times it will do the exact same thing, and I’m here to confirm it acts the same as ‘before.

Miami and Los Angeles are already exploring the potential of air ridesharing with hopes of operations starting in 2024. One thing that could sway users is cost.

“You can move away from flying buses, which is what the commercial aviation market is today, and flying taxis on the road by being able to remove the pilot from the vehicle. You can reduce those vehicles while still maintaining a very low cost per seat mile.

United Airlines has pre-ordered 200 Archer planes with a plan to use them for last-mile transportation from the airports they serve.