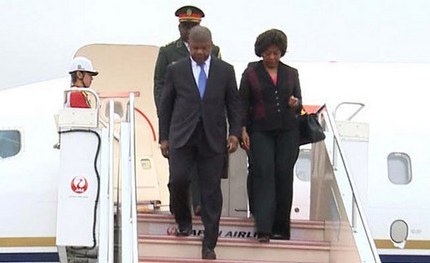 Members of civil society and representatives of political parties in Angola criticize President João Loureço’s budget for trips to the UN.

President João Lourenço took office in September 2017, at the end of the 38-year rule of José Eduardo dos Santos, and pledged to fight corruption.

Mihaela Webba, an MP for the main opposition Unita party, asked what Angola would do with such a budget, describing the $4 million in additional appropriation for nearly a week in the United States as ” not fair”.

“It’s too much abuse of our money,” she said.

Tchizé dos Santos, a former lawmaker from the ruling MPLA party, asked: “Weren’t the state coffers as empty as the president said he found them when he took power?”

Santos added: “4 million dollars for a trip and the president travels almost every month [sic]. Every time he flies, he leaves in private jets.”

Mr João Pinto, a ruling MPLA MP, however, said anyone who damages his image should be held accountable.

“It is scandalous to damage a poster or the image of the president and leader of the MPLA, which organizes its ordinary congress in December. Being a democrat requires respect for others, even if you do not agree with them , so those involved in the acts of contempt, injury or damage must be held accountable,” he wrote on his Facebook page.

The controversies arise as Angola plans to hold general elections in 2022, with President Lourenço and his ruling MPLA party seeking to retain power.